House in manor style. Advantages and disadvantages of ready project 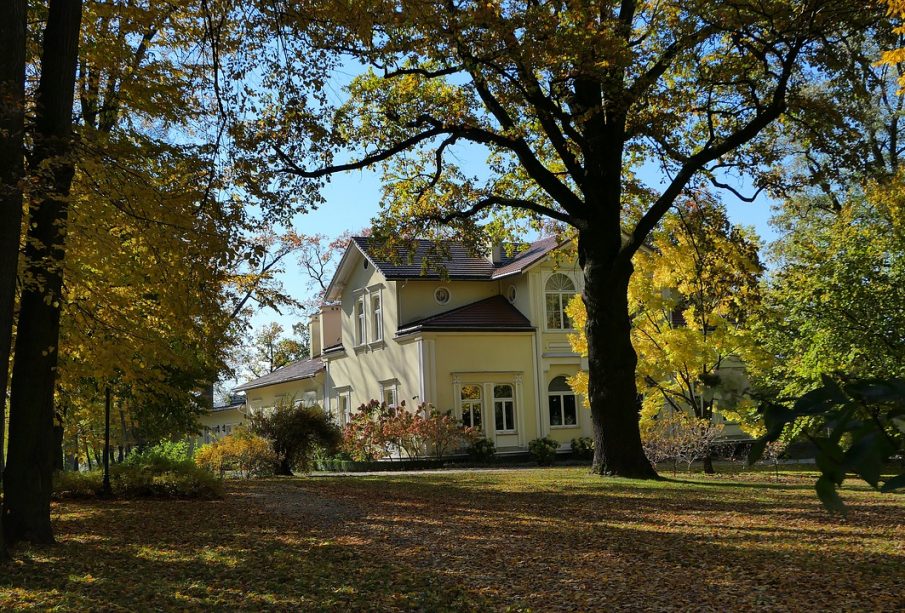 Photo by atrix9 from: Pixabay.com

Recently, houses inspired by noble manors, which have been built in Poland since the Renaissance, have become popular. This is a specific way of constructing buildings, characteristic for our native backyard. The market offers us plenty of ready-made designs, but they have their advantages and disadvantages.

Some facts about manor houses

Traditional manor houses, which we have the opportunity to meet in our country, are built on a rectangular plan and have a regular and compact shape. They contain small windows and low, topped with a cornice walls. The roofs of the houses are different, and the most common are:

Type of roof used will provide us with smaller or bigger usable area. The most characteristic feature of the Polish manor house is a column-supported porch located in the center of the building. Additionally, the symmetry of the elevation and a wide front should be distinguished. The whole is supposed to harmonize with each other and be as balanced and harmonious as possible.

In the XXI century, designers introduce a number of changes in the creation of plans for houses stylized as noble manors. The biggest interference in the previously unchanged state of things is the addition of garages, because it destroys the aforementioned symmetry. One of the solutions is to build it. However, if we want to avoid possible wetness, the block of the garage can be moved back in relation to the whole manor house or it can be connected with the manor house by a connector, and an alcove can be arranged on the opposite side to keep proper proportions and symmetry.

Ideas from the past are still used to make the modern version of the manor house as similar to the traditional one as possible. Wooden windows or doors stylized to look like old times work perfectly here

>> See also: starej fabryce – ile trzeba zapłacić za metr?”>Living in an old factory – how much do you have to pay per square meter?

When thinking about a manor house of nobility, we have to break with its layout of internal rooms. In the past, from the entrance one entered a spacious hallway, and from it to the remaining rooms, connected in an amphitheatre. In practice it means that all rooms are passable. Currently, in the place of a hallway, there is a living room or a hall, and from it you enter the kitchen (or these rooms can be connected in accordance with the current fashion) and other places. We must also take care of the descent to the basement, where most likely there will be a boiler room, and about the entrance to the attic

We already know what characterizes the traditional and modern manor, so it’s time to decide on the design, but here too we need to take a closer look at the nuances that are associated with a good choice.

The most important disadvantage is, of course, the price, which is significantly different from individual projects. The market offers a lot of interesting projects, including interesting visualizations, which, unlike architectural drawings, will make it easier for us to choose the future house. Ready-made ideas are also a solution that will save our time and stress, because from the beginning I have knowledge of the final result.

One of the disadvantages is the necessary adaptation of the ready-made project by an architect, which will allow it to be realized on a specific plot of land. Designer checks such things as location in relation to geographical directions or terrain. Then makes corrections, allowing the construction of the house, all in accordance with the provisions of the construction law. These activities will be associated with additional costs, but still the whole is cheaper than individual project

If we want to make amendments, it will be possible only for a fee and it will take some time. It is also worth remembering that ready-made projects may not be uncommon and original, because there is a high probability that other people have also used them.