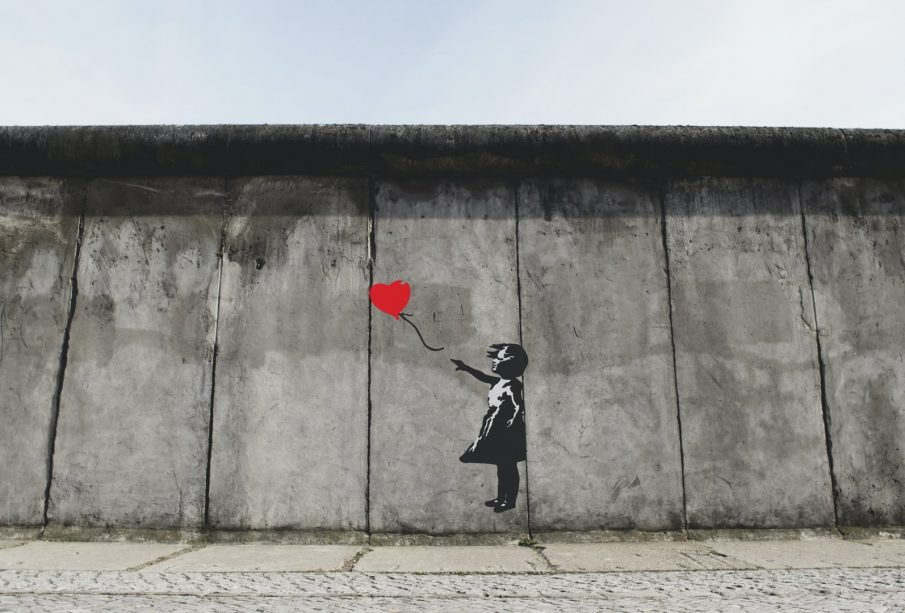 Photo by Eric Ward from Unsplash.com

Banksy is still one of the most recognizable street artists, who through a simple form conveys a maximum of content in his works. Despite countless attempts to unmask him, the artist still remains anonymous.

Street art is not just spray-painting on walls, as some people think. The works of street artists are well thought out and carefully planned symbols that are exclamations of everyday life, evoking smiles and often making us think. Thousands of such works have come out of Banksy’s hand, and stencils were often used to create them.

Girl with a balloon

This is a work that has been associated with numerous performances, such as the one at the Sotheby’s auction in 2018, when the painting, auctioned for nearly 5 million zlotys, was partially self-destructed. The motif of a girl releasing a heart-shaped red balloon may be a symbol of lost childhood innocence and longing.

This is one of the works that refers to Quentin Tarantino’s film, where in the original version, the main characters held bananas instead of guns.

A street militant holding a bouquet of flowers instead of a flare or molotov cocktail. The work was created in 2005 in Jerusalem. It is a perfect realization of the often-occurring theme of anarchy and anti-war views in the artist’s work